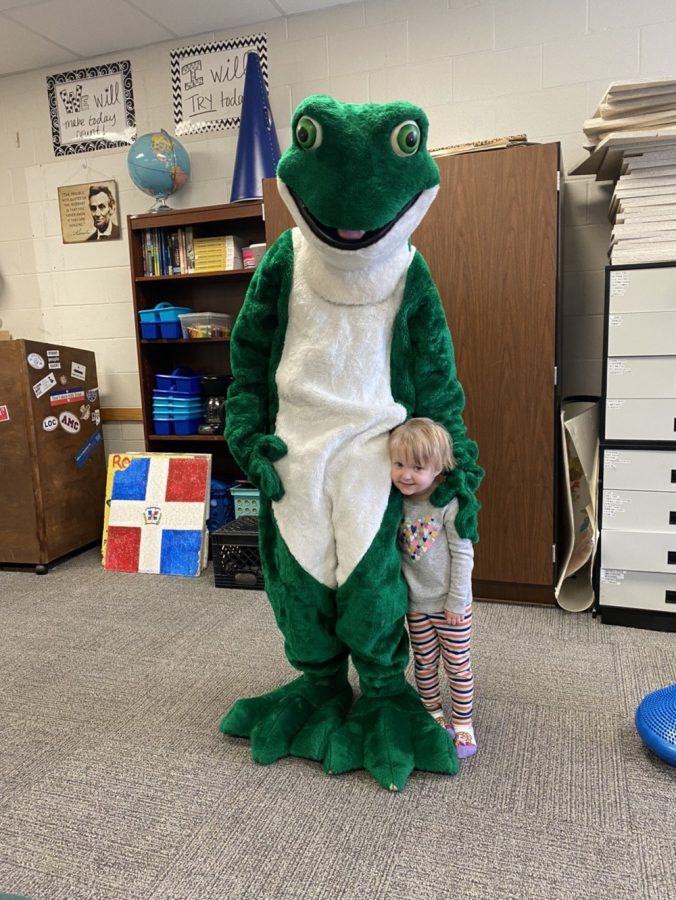 “It was originally born from the idea of adopting a child from Make A Wish,” Student Council sponsor Mrs. Kristi McCaskey said. “But then we realized that we had the chance to lend a helping hand to one of our own.”

Lending a helping hand is exactly what FROG week is all about. Not known to most, the name itself is a testament to this message.

“The FROG in FROG Week stands for Friends Reaching Out and Giving,” McCaskey said.

The entire week is centered around community fundraising efforts such as bake sales and pay-to-enter pep rallies.

“The week of FROG Week is all about raising money to help someone,” McCaskey said.

This year’s FROG Week is chock full of fun charity events. McCaskey said there are spirit nights at various restaurants, paid dress up days, a bake sale, a dance, and 5k run set for Feb. 1. All proceeds will go to this year’s cause.

“You can sign up for it online,” McCaskey said. “There is a link Mr. Taylor sent out, and there are also a couple of QR codes around campus.” (Here is the link https://runsignup.com/Race/TX/Mansfield/FrostyFrog5k?remMeAttempt=)

The end of the week assembly is full of exciting events as well, one being the penny drive, but with a little FROG Week twist.

“One of the things I’m most excited about this year is a coin race where each of our principals will try to collect as many coins as possible,” McCaskey said. “Whoever gets the most has to kiss the frog at the assembly.”

The plan for FROG Week is to bring the community closer while raising funds like always, but this year McCaskey has a more concrete objective.

“We are donating to the family of Mr. Parker through Kids Against Hunger Tarrant County which is a local non-profit organization,” McCaskey said.

Parker said his daughter has been undergoing multiple treatments and MRIs over the past year for a tumor which is located in her neck and runs down her spinal column.

“Unfortunately, it is too big to remove surgically, so treatment is her only option at this time,” Parker said. “She has more bad days than good, and that is hard to see since she is four, and you want her to be able to be a kid.”

Parker said he and his wife don’t often share all Raegan is going through and it means the world that Summit has dedicated FROG Week to Raegan.

“We could never say enough to thank each individual who has put time and energy into this week and to all who have donated,” Parker said. “We appreciate each and every person and are blessed to be part of such an amazing community.”