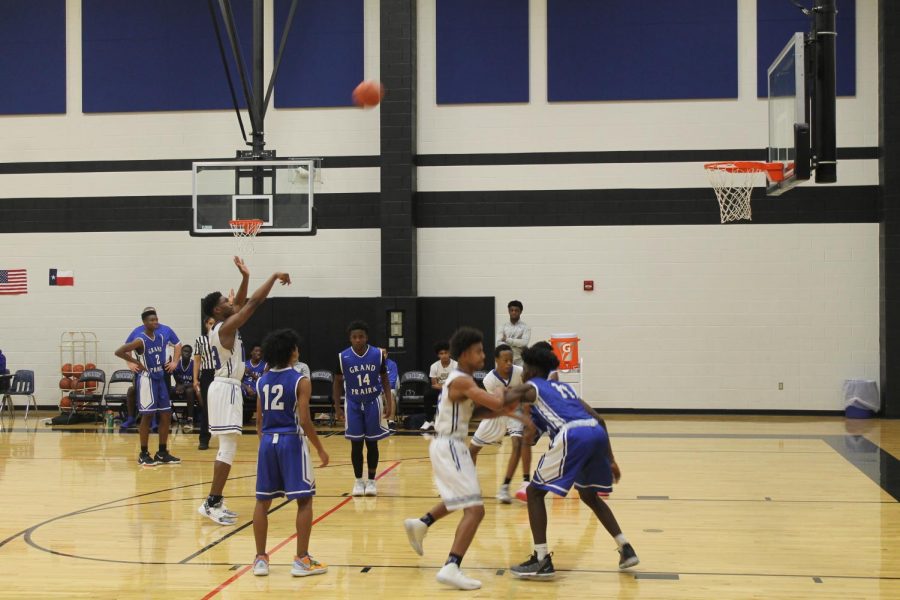 With an overall record of 11-15 and a district record of 0-6, the varsity boys’ basketball team looks to earn its first district win when it faces Lake Ridge at home tonight at 7:00.

Then coaches prepare their players by putting them to the test and pushing their limits to get better.

“We make our practices harder than the game, so they can be prepared for anything when the lights come on,” varsity head coach Emund Prichett said.

Of the three tournament the team played in, it did the best in the Allen tournament, finishing second. Players are held to high standards on and off the court.

“We help them understand how their behavior impacts and represents all members of the basketball program,” Prichett said.

Good sportsmanship is expected at all times.

“We always respect officials and opponents no matter the outcome,” Prichett said.

Prichett had this advice for his players.

“Compete at all times and understand that there is no shortcut to success,” Prichett said. “You must be willing to outwork your opponent.”